Part of being frugal is finding great deals on clothes.  A lot of people think that shopping second-hand stores isn’t for them, but personally I’m pro thrift stores.

I think the people who don’t think that Goodwill is for them just don’t know how to shop the store the right way.  I took a trip to Goodwill this Monday and I decided to show you guys some of my finds and pass along some tips.

Shop the Goodwills in nicer areas of your town

I live in a college town, so there are a lot of varying incomes and college students shedding their wardrobe every season and donating what they don’t want.

The Goodwill closest to me is probably the biggest in our town.  There is also one where you can dig through buckets of goods and pay by the pound, but I would rather have everything hanging up so I can go through it quickly. 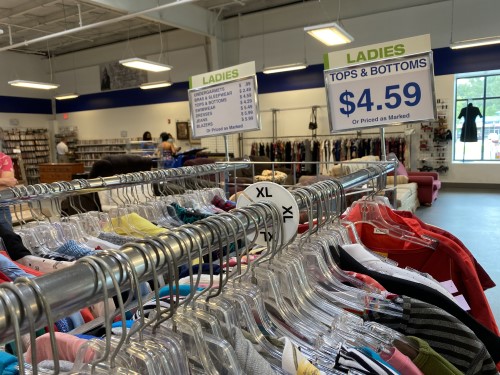 Sometimes things at Goodwill won’t jump out at you because the clothes aren’t always well organized.  I like to give myself 45 minutes-1 hour to do a thorough shopping trip.  There could be a gem sandwiched between two ratty black blouses; you just need to move every hanger to find it.

If you buy a nice skirt that you’re in love with but it has a rip in it, I’ll bet that you get home and get too busy to repair it so it just sits in the bottom of your closet for the next 20 years.  Although things at Goodwill are cheap, they aren’t free.  If you’re spending money on it but you don’t love it, you might as well use the money on groceries. 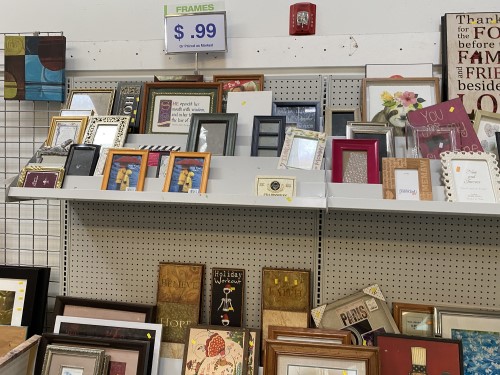 My store had a sign at the front of the store that said everything with a green tag is 50% off it’s marked price.  After looking through the entire store, I barely found any green tags.  They were most likely already picked over.  But if you find a green tag on something you really like, it’s a double score! 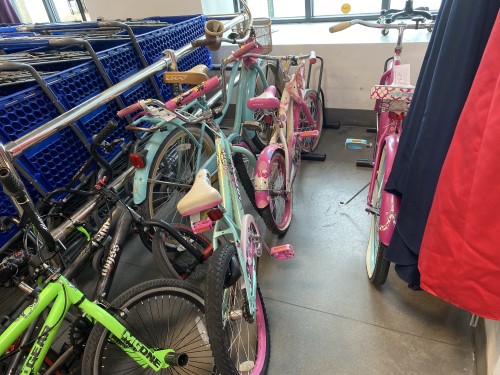 Shop in the off-season

This is for two reasons.  First, most people like to shop for their Winter clothes in Winter, so most of the clothes in season get snatched up quickly. Second, when people clean out their closets, they usually do it for the clothes that aren’t in season.  I found a ton of great choices for spring and summer clothes—lots of skirts and short sleeved tops. One of the favorite things I found recently was a pleated black eyelet skirt from Banana Republic.  It looked like new and was only $4.25.  I could get so much wear out of this over the summer!

Goodwill adds new things every day, so if you didn’t find anything today, you may see something tomorrow.  Stop in your Goodwill every time you have some extra time and you may just find a new favorite outfit!  If you don’t have the hour to dedicate to a deep shopping trip, just run though and scan the racks.  I’ve still found great things just from scanning the store. 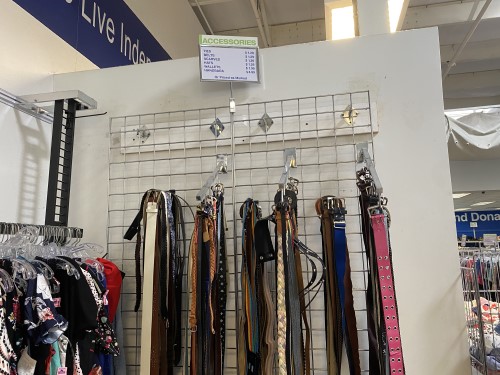 Remember they have more than clothes

On a recent trip, I noticed their belt selection and made a mental note that the next time someone needs a belt, we’re getting one from Goodwill! There are also sporting goods items which can be a great deal because most cleats, etc. only get worn for one season and still have a lot of life left in them. 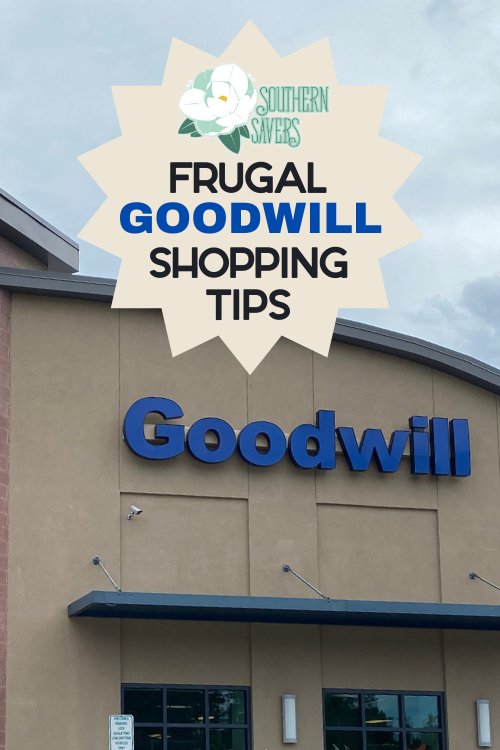