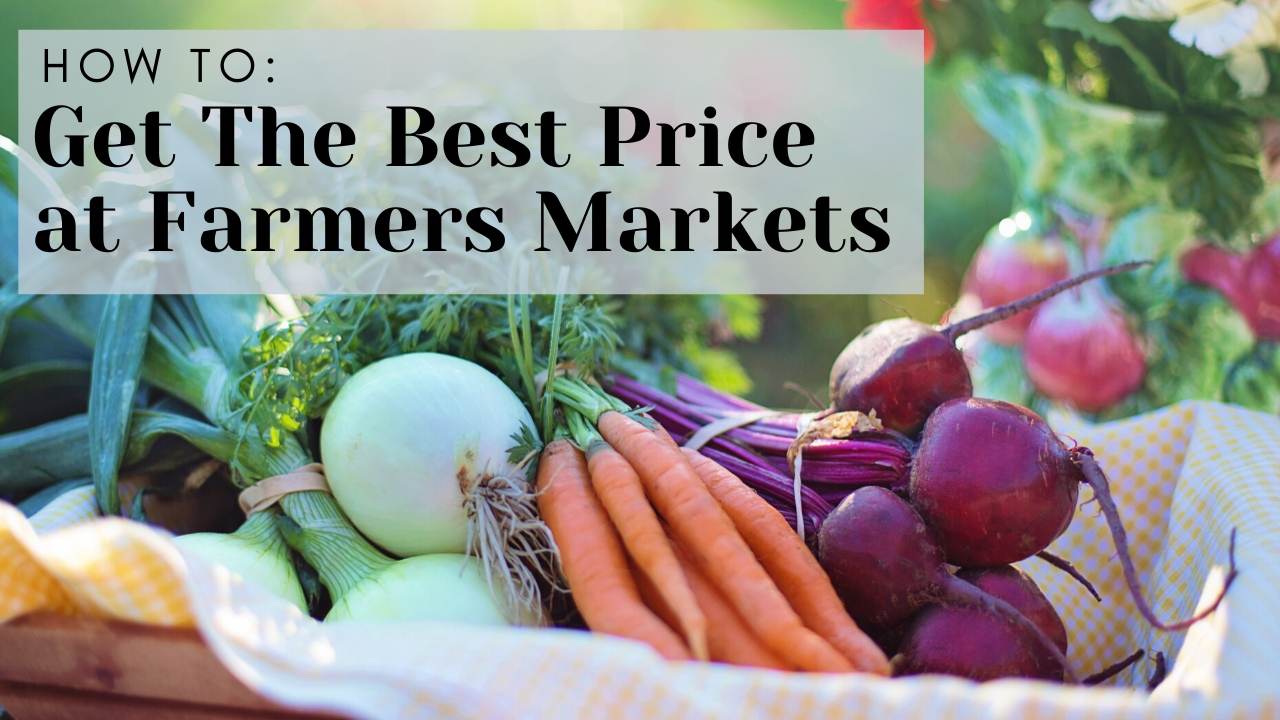 My biggest tip to save on produce might seem a bit obvious… but it’s to shop at Farmers Markets!

Folks don’t realize it but grocery stores mark produce up over 3 times the price they paid for it!   They have to account for lost produce that spoils before it’s purchased or is too damaged to sell, plus add in a bit for profit, and in the end you are paying way more than the farmer sold it for!!

Cut out the middle man and go straight to the farmer!

A Farmers Market is the best option since a local farm doesn’t usually sell every single thing you want on the same farm.  To get the best prices though you don’t want to just walk up and start handing out money.  Here are a few tips to help you get the best price!

How to Get the Best Price at Farmers Markets

To get the lowest prices you want to shop where there are multiple farms represented.  Generally that’s not the roadside stand or tiny farmers market held in a trendy parking lot.  Do a bit of a hunt before heading out.  The best resource is to call your local agriculture extension office (every county has one so google it if needed).  They can tell you local markets, and even farms that will direct sell to you.

Did you know that the US Government tracks prices each day for produce?  Yep!  And they put it all in a report you can pull up any time you want.  If you are heading to a Farmers Market this should always be your first stop!  The daily report will show you what’s currently in season (and at the market) plus the going price for that item.  They only track federal markets, which we have 19 in the US.  Three of those are in the South East though!

How this helps you…
When you head to your local farmers market you are really buying from one of two groups: the farmer directly or the person that bought in bulk from the farmer and is now reselling to you.  Pull the daily report to help you know how to negotiate with both groups.  I now can see what the farmer would have gotten for his produce if he sold wholesale federally or I know what the bulk buyer paid and how much they are marking things up.

While each market has its own report some of them look like a computer blew up.  Columbia SC has the easiest to read version and in general in the south all the prices and products are the same.  So just use this report.

This report is also showing you exactly what the grocery store is paying for items!

When you look at the reports you’ll quickly notice that the prices are by the case, bushel basket, peck and many other words you have never used… Farmers don’t sell their potatoes one by one.  They sell them in 50 lb bags.  (I know your saying I don’t need 50 lbs… don’t panic just stick with me a bit.)

Buying in bulk gets you the same price the grocery store paid and in some cases might be just what your family wants.  Strawberries for example are sold in 12 lb flats.  During peak season they are $7 for a flat, that’s 58¢ a lb! Think you could handle grabbing that and freezing the extras??  Yeah I thought so!

If strawberries don’t do it for you, check out these prices from today’s market report:

Be Willing to Haggle

Going back to the report I mentioned, you need to use this to your advantage.  You aren’t asking them to split their large bulk packages, you are willing to buy just as the market has it listed.  So go in prepared to get that price or close to it!  If they are much higher you can negotiate a better deal.

Also look at the quality of the items.  If they have a flat of vegetables that is not looking so good you can get a sweet deal.  Talk them down and you could walk away with a case of peaches for $5.  You may need to throw some out, but compared to the grocery store price you’ll still be getting a killer deal!

Split with Friends or a Co-Op

I know you don’t want 50 lbs of potatoes or an entire case of green bell peppers… To truly make farmers markets work you need to gather a group of friends together and split up your items.  You can do this a few different ways:

Buy 1-2 items each trip and split them among a few people.  You have larger amounts but can slowly get in season deals and get it put up in the freezer for winter months.

Grab 5-10 friends and pool your money to get more items and split them up evenly.  The more friends you grab the more you can buy (and thus the more you save).  This would be perfect for a church group to start.

Join or make a produce co-op.  This is the best option!  After you pass the 10 people mark you are really a co-op.  Have folks pool their money together and meet at the same place to sort it out.  We are part of a great co-op in the Columbia SC area.  I’d love to have you join us if you are in the area, our next co-op day is January 18th!  If you aren’t in my area then your local extension office can also help you find a local co-op.

Here’s a look at our co-op and how it works.  Even if you aren’t in the area you can learn how to set up your own group using ideas from how ours works!  I love co-op days and seeing what all we come home with!!

This is common sense, but still needs to be stated.  Going into your farmers market with a set list of what you want doesn’t work if you don’t know what’s in season.  You the market report to see what is currently being sold, but also realize that just because an item is there doesn’t mean it’s in season.

For example, right now I can grab corn on the cob at our market in Columbia but that would be a bad idea.  It’s selling for over a dollar a piece.  During summer months it would be less than 20¢ an ear!  That said, if you desperately need corn on the cob it’s still cheaper at the farmers market than the grocery store… 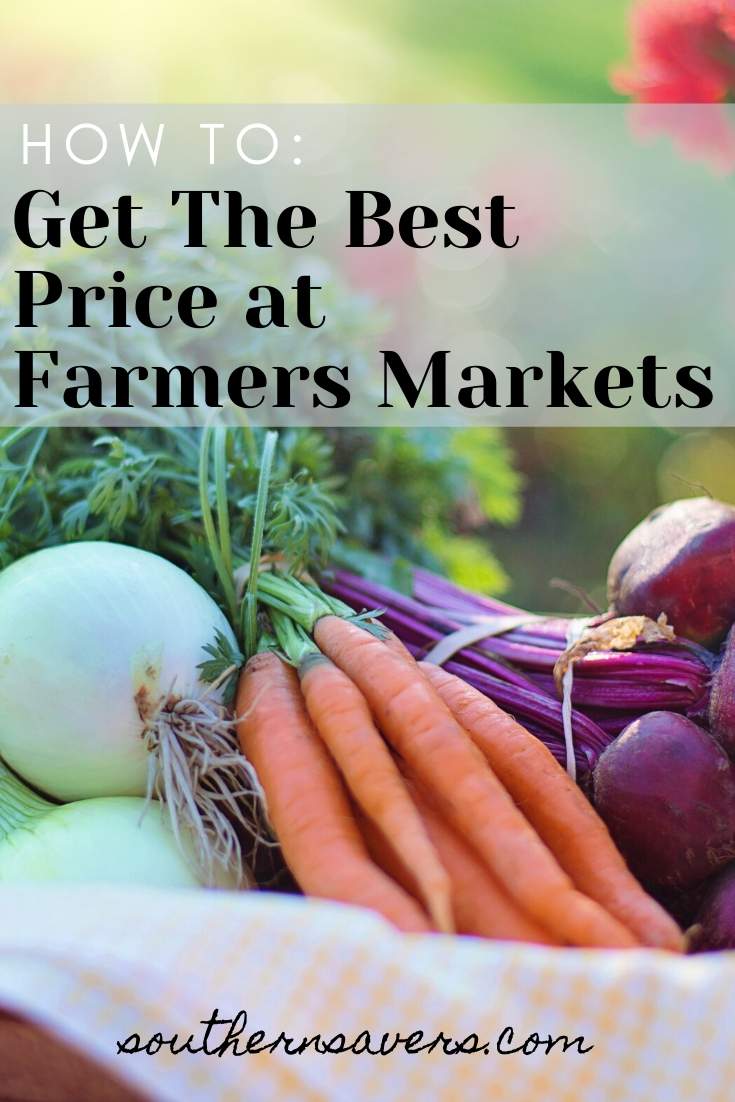