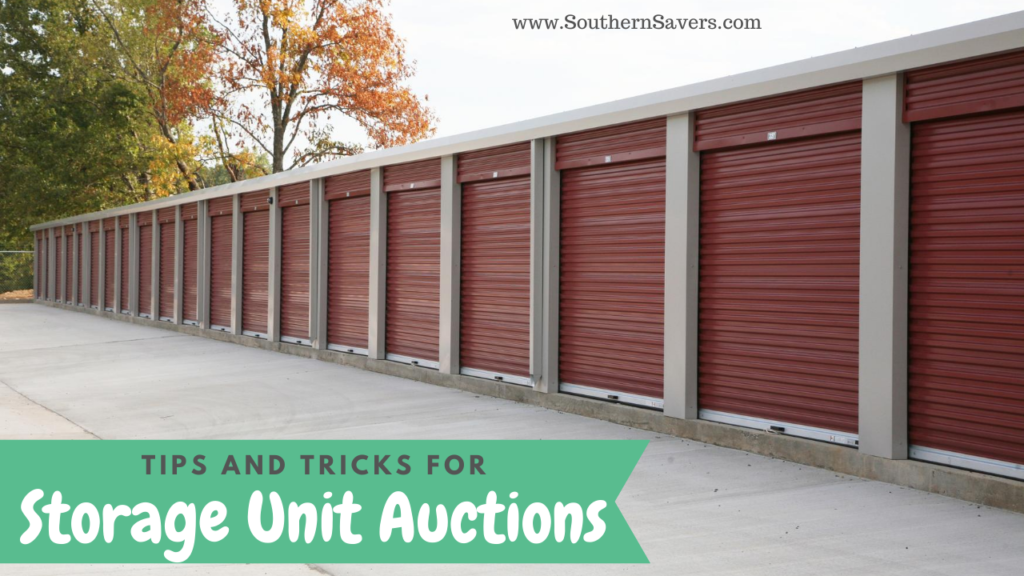 Never having seen the show Storage Wars, I wasn’t entirely sure what to expect at a storage unit auction.  Those of you who have seen the show may have more helpful tips and tricks than I do, but I did learn some interesting things from the employees of the facility and bidders at the auction.

I initially had a couple of questions for the employees, such as, “Where does the money go?” and “How long before a unit goes up for auction?” What I learned is that the storage unit company actually would prefer the units NOT to go up for auction.  The best case scenario for them is actually for the original renter to pay his/her dues. The reason is that the auction is done in an attempt to cover the debt owed. The storage unit facility takes the money and puts it toward the debt; if there is money left over, then it is distributed to the original renter.  I’m not sure if the time after missed payments varies, but the facility I went to has a policy that after 31 days after a missed payment the unit goes up for auction. The original renter actually has until the morning of the auction to pay his/her debt.

Once I arrived at the facility, I walked inside and had to “check in.” This consisted of me handing over my driver’s license and giving my e-mail and phone number. The day before I called and was told that there would be up to 3 units. I found out that morning that only 1 unit would be up for auction.  We then were taken back to the unit as a group and the door was opened. You can look inside but are not allowed to cross the threshold into the unit.  This particular unit had a jumble of cardboard boxes in the back with several clearly visible objects: a big flat screen TV (looked a little old), an old rocking chair, a CPU, and golf clubs.

After several minutes of observing the contents, the auctioneer asked if everyone was ready, and the auction began. There is no minimum bid, but the auctioneer tried to start the bidding at $200. Through some research and asking around, I found that you can expect most units to run between $100 and $250.  The first bid was for $100 and then there were several more bids until it sold for $175. Most of the bids went up in $10-$25 increments. I’ve never been to an auction before, so I anticipated this part to be a little stressful. To my surprise, it wasn’t (although I wasn’t bidding). That day there were only 7-8 registered bidders and only 2 people actually made bids. The whole bidding process took maybe 3 minutes. 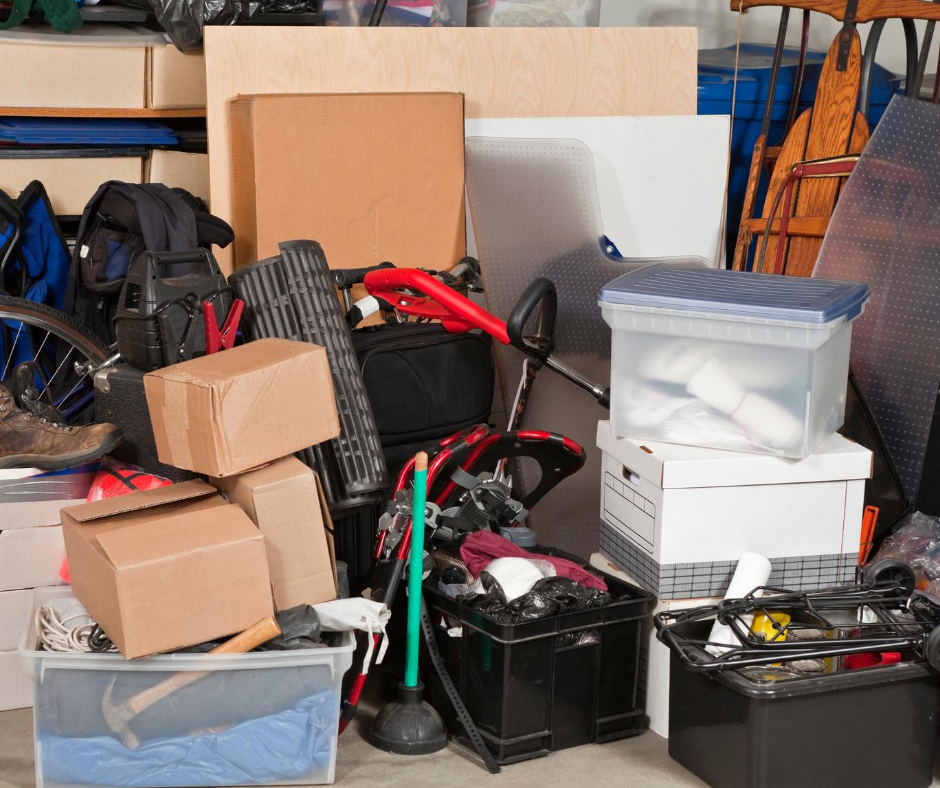 As we were walking back, I asked the winner what his thought process was with the unit. He said he and a friend are starting up a consignment store and are going to storage unit auctions to get a starting inventory. He saw the TV and wanted that for himself but also realized value in the golf clubs, which he estimated to be worth $100 or more.  Some helpful hints he gave:

A common practice is for the facility to charge a 10% buyers fee. This means your total cost will be 10% higher than your winning bid.  There’s also a $50 cash deposit that is refunded if the unit is cleared within 24 hours. Another option is actually to then rent the unit if you don’t have time to clear it out quickly.

Searching for cues sounds like it involves a lot of critical thinking and strategy. A tip someone there gave me was to look for luggage. His reasoning is that if there is a lot of luggage, then the person probably traveled and is likely to have nice things. This may also be a hint the person no longer travels, but there could be a number of unique items in the boxes as a result of the travels. 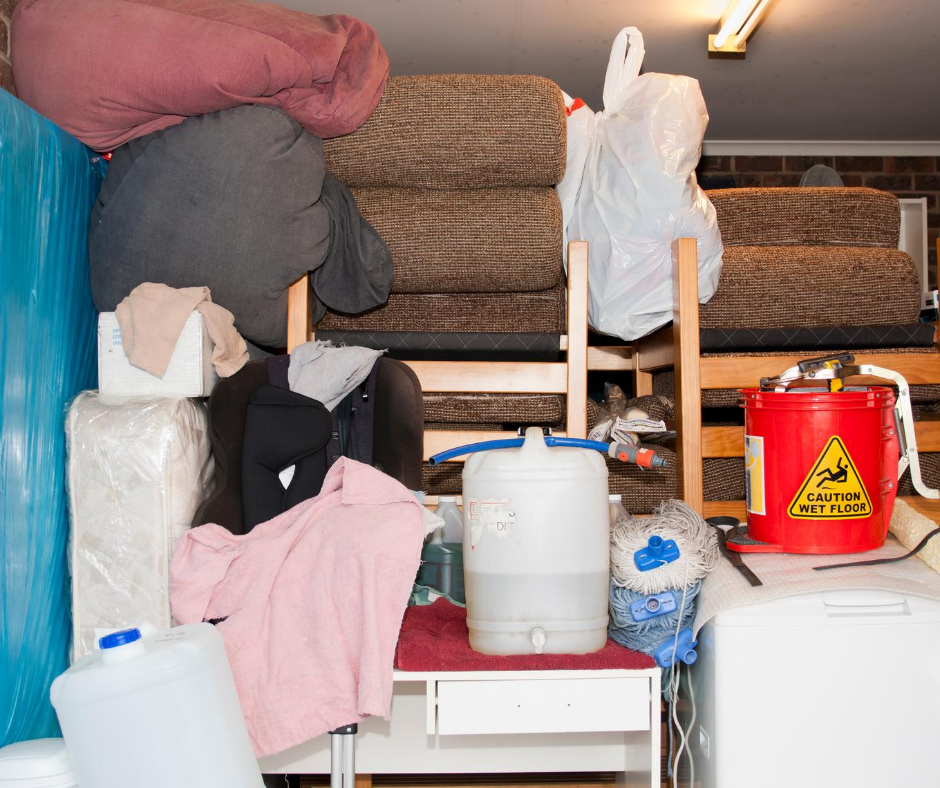 Check for organized boxes—likely the items are in good condition

Plastic boxes are less likely to have mice or rodent problems

Be prepared to refinish furniture

Take note of the cleanliness of the facility

Research the surrounding area to know about the demographic

How to Find Auctions

Times have changed a bit, you used to find listing in the newspaper and now you can actually bid online for some!  Check out StorageAuctions.com or StorageTreasures.com for a number of auctions all over the US.   Look for online auctions that show plenty of pictures and possibly an over view of the unit.

What tips, information, or comments do you have about storage unit auctions? Let us know in the comments! 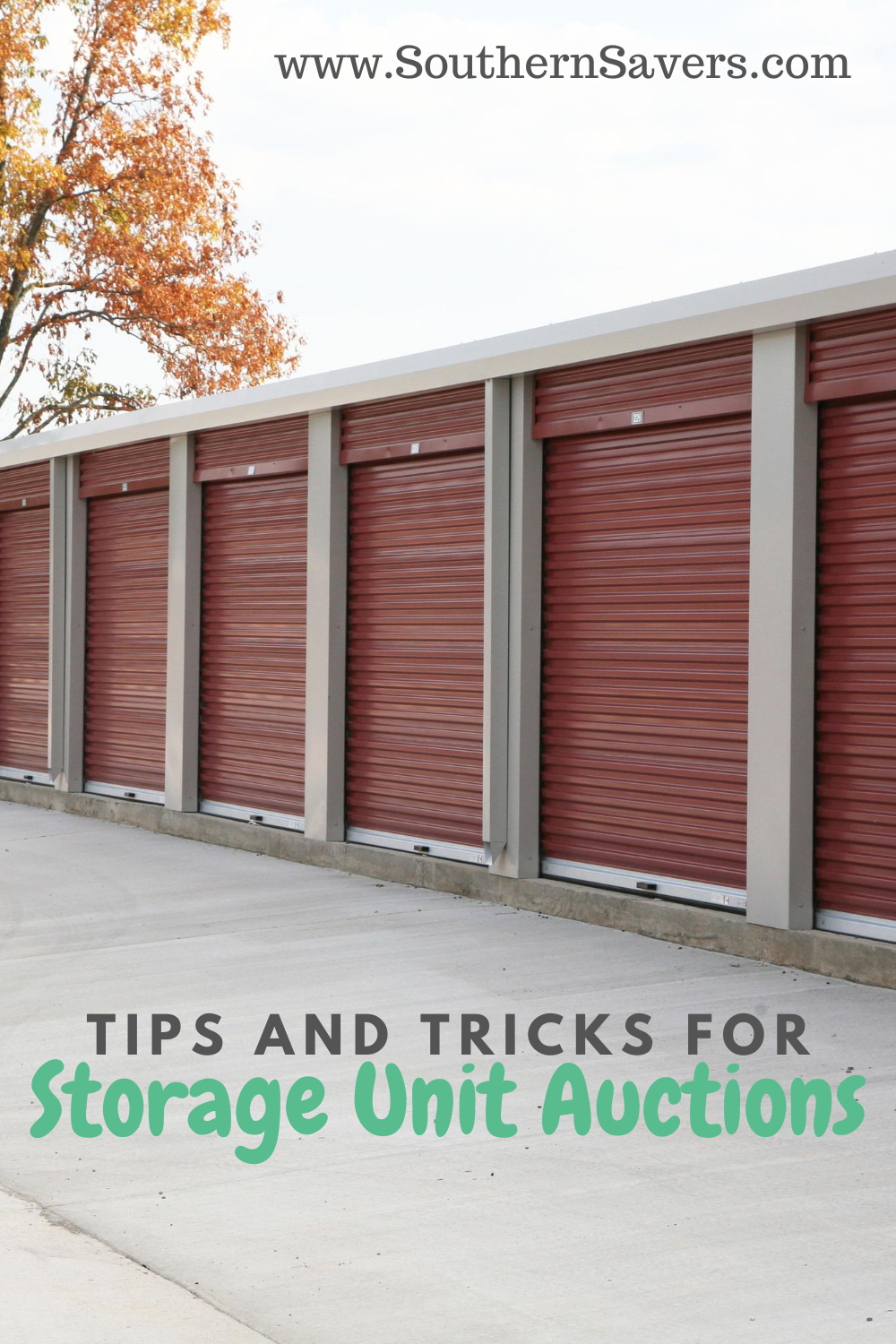