Home > Free > Top 25 FREE Things to Do in Charleston

The Holy City (aka Charleston SC) is one of the most fascinating and fulfilling cities in the country. It’s rich with our nation’s history and every street reminds you of that. Honestly, you could spend hours in Charleston simply walking around and observing the architecture and beauty, but there are lots of other things you can do that won’t cost you a penny. Here are the top 25 free things to do in Charleston SC.

Top 25 Free Things to Do in Charleston SC

The market began nearly 220 years ago and today it is the perfect place to browse and find souvenirs. Spanning from Meeting St. to East Bay St., you’ll be able to see sweet grass baskets being woven, handmade jewelry, local foods, and more. 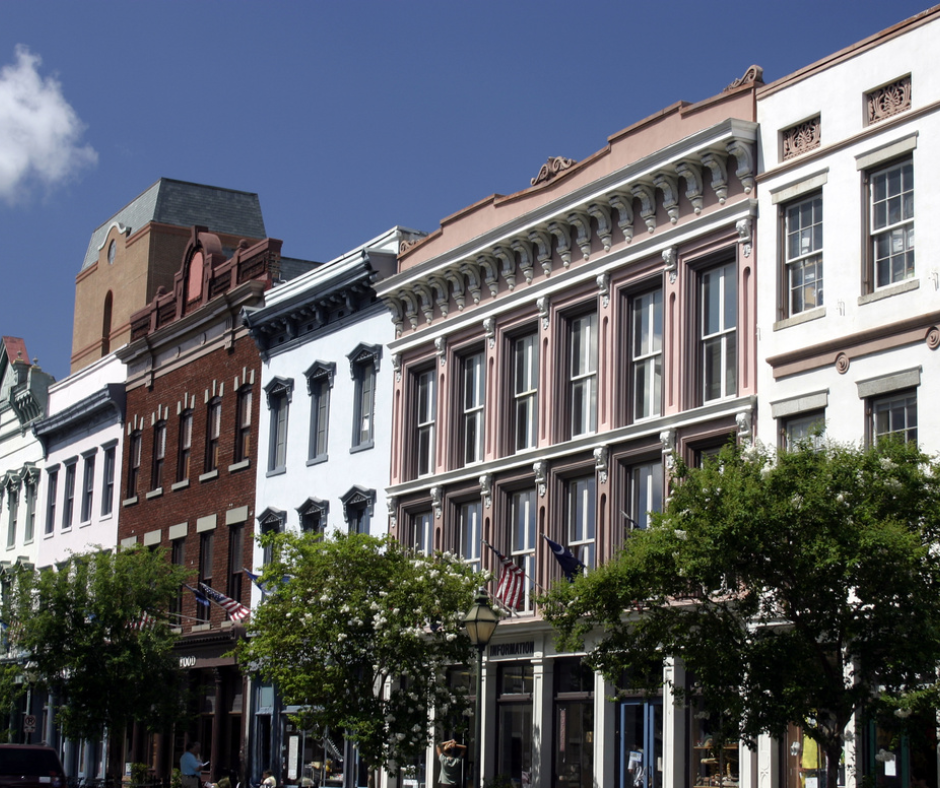 King Street offers a ton of shopping opportunities with well known designer brands, but there are also lots of antique stores and local shops to browse. Even if you’re not buying anything, it’s a really neat place to be.

Located in the College of Charleston, this museum contains geological items, including dinosaur bones.

The Dock Street Theater opened in 1736 and was the first building in America to be used exclusively for theatrical performances. The first opera performance in America (Flora) took place in this theater. Performances cost money, but you can stroll on the grounds and perhaps even take a look inside. 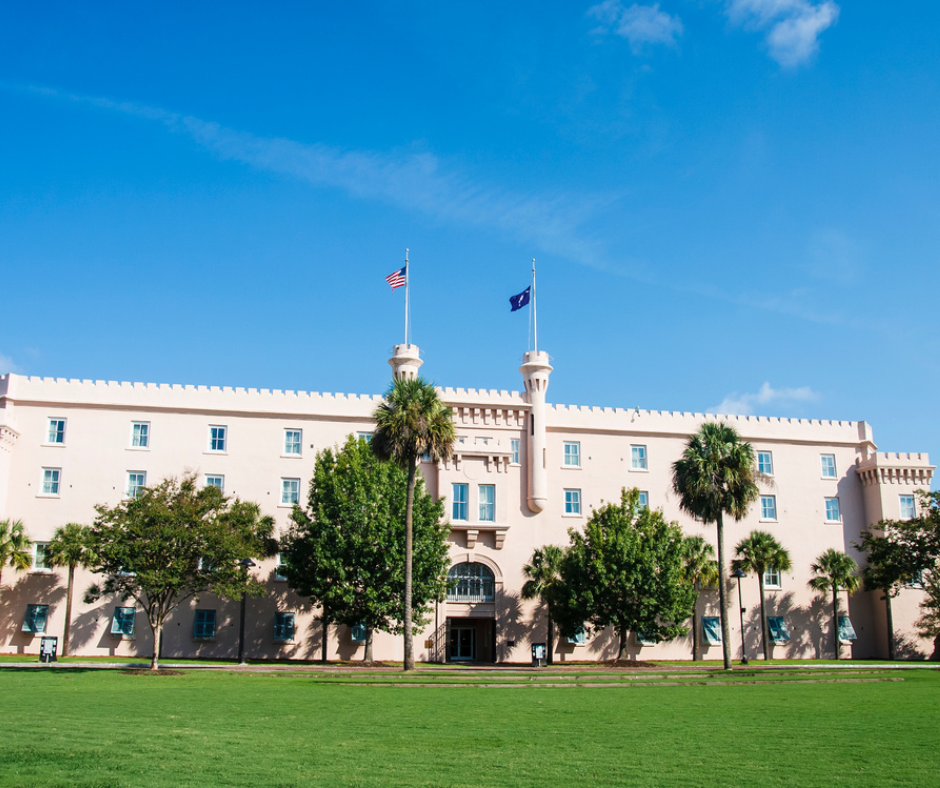 Head to the military college of South Carolina to see the neat architecture (kids will think it looks like a castle) and explore the grounds. On some Fridays you can catch a Citadel Dress Parade.

This park set on the waterfront is so peaceful. There are lots of monuments to look at and it is a popular exercise spot. The mansions that surround the park are beautiful and the stacked cannonballs and cannons are popular climbing objects for kids.

Waterfront Park offers really great views of the Charleston Harbor and offers lots of swings and benches for an afternoon’s rest. Plus, there are lots of fountains designed for cooling off on hot days (these are especially fun for kids).

Charles Pinckney was a signer of the Constitution and one of South Carolina’s governors and you can visit part of his plantation on the preserved 28-acre Snee Farm. Hike the ½ mile walking trail and learn facts about the house and grounds along the way.

Rainbow Row is one of the most recognizable areas in Charleston. The series of 13 buildings is brightly colored (hence the name) and they were built in the 1700s to be used as stores on the first floor and with living quarters above.

Head to Marion Square on Saturdays from April to December to, of course, browse local fruits and veggies, but also to catch live entertainment and there’s plenty of space for dancing and picnicking. The Angel Oak is a huge oak tree on Johns Island and is estimated to be over 1,500 years old. Its shade is great for resting and there are lots of opportunities for photographs.

Founded in 1849, this cemetery is the oldest public cemetery in Charleston and lies on the banks of the Cooper River. Many former South Carolina governors are buried here, as well as thousands of Civil War veterans.

Folly Beach is the closest beach to downtown Charleston and is vibrant, yet relaxed. The most fun is to be had by simply digging your toes into the sand while listening to the waves crash on the shore. Walk to the pier for some nice views and fun people watching.

While many of the tours in the city cost money, you can take a tour with Free Tours by Foot where you name your own price (yep, even free). Take a Civil War or Architecture tour with one of their licensed and professional tour guides.

Sullivan’s Island is a super chill beach that’s perfect for spending a day at the ocean. While you’re there, check out Fort Moultrie (the site of a major battle in the American Revolution) and the Charleston Light lighthouse.

This museum houses the largest collection of privately owned documents in the country. Set in a beautiful old church, the museum has frequent new exhibits.

Visit the intersection of Meeting and Broad Streets to see the place coined as the Four Corners of Law. The name is supposed to represent the presence of all types of law: federal, state, local, and ecclesiastical law (St. Michael’s Episcopal Church, Charleston City Hall, the Charleston County courthouse, and the USPS & Federal Courthouse). 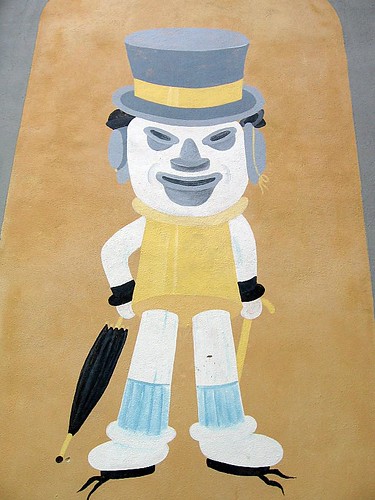 This fun painting featuring a man composed of many hats is said to be Charleston’s oldest resident. The Hat Man was painted around 1892 and is made up of 16 different hats in 12 different styles. See how many you can find!

Located near the Citadel, this park is the largest public park on the peninsula and was the site of the World’s Fair in 1902. The bandstand from that event still stands in Hampton Park. You can also see beautiful floral displays, feed the ducks, or take an audio walking tour called Layers of the Landscape.

This house was built in the 1690s and is said to be the second oldest structure in Charleston. It was originally used as a tavern for sailors visiting the port from around the world and is now an art gallery. Plus, the cobblestone street it’s located on is quite charming.

If you’re interested in really old things and cemeteries, check out the graveyard at the Circular Church where you can find headstones with dates as early as 1695. Make sure to study how the artwork on the stones changed over the years.

The Big Red Barn is the home of Palmetto Carriage, a carriage tour business that began in 1971. While taking tours costs money, you can head down the the Red Barn itself to see their animals. They’ve got a miniature horse, goats, and chickens.

Learn about the history, the harvest, and the production of tea during a factory tour at the Charleston Tea Plantation (the tours are complimentary). The plantation sits on 127 acres of land on beautiful Wadmalaw Island. 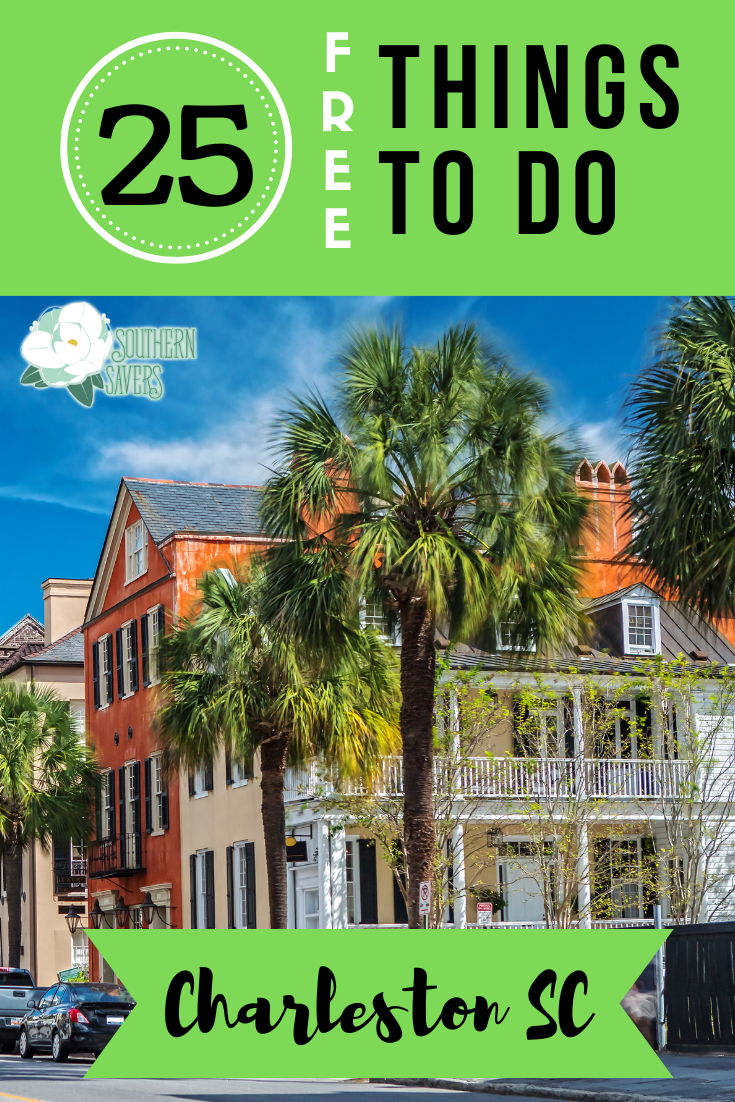