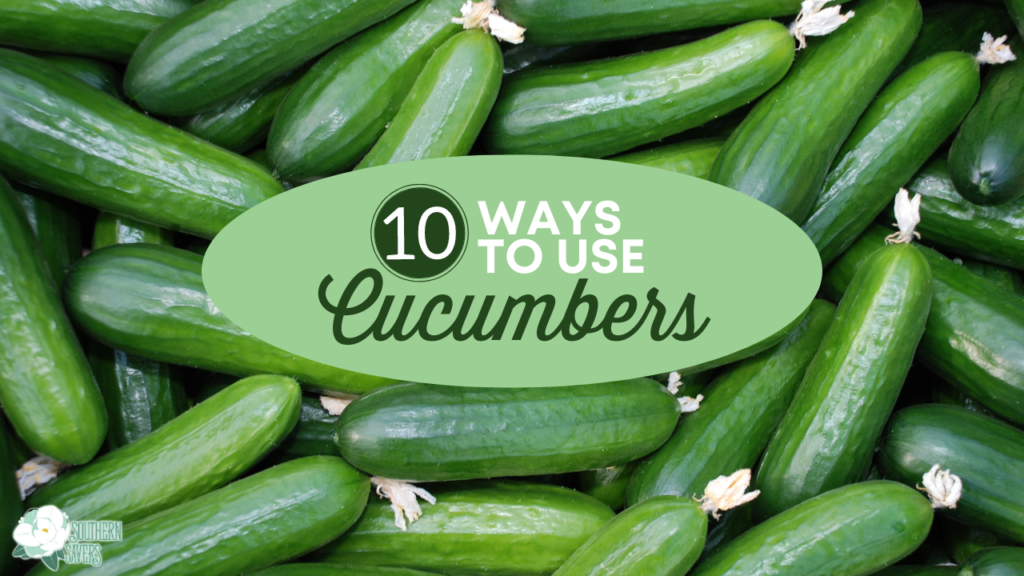 If you are a backyard gardener in the summer, then you might have planted cucumbers. And if you planted cucumbers, then this is the time of year when you might be considering if your house is going to be overrun with cucumbers. Especially in the South, these thrive in the heat of summer and produce an abundance of vegetables. We have had a lot of success growing cucumbers, but even if you just want to buy some at the store, they are actually a surprisingly versatile food that can be prepared a lot of different ways. Here are 10 of my favorite ways to use cucumbers.

10 Ways to Use Cucumbers

Add to water for refreshing drink

Chilling some cucumbers in a jug of water makes for a very refreshing drink on a hot day. This is also a great tip if you’re having a potluck or a dinner party. Not only does it give the water a fresh taste, but if you serve it in a transparent container, it’s a beautiful decoration as well.

Add them to a salad

Whether you’re making a Greek salad or any salad, fresh cucumber sliced or diced is a nice crunchy way to add some interest to the salad. They would be delicious in my Greek pasta salad!

If you enjoy Mediterranean cuisine, then having a side of this sauce with your dishes will really take them over the top.

I don’t think there’s anything better than a sandwich with cucumber, mayonnaise, salt and pepper. Feel free to disagree, but it’s not summer without a cucumber sandwich! These are popular at baby and wedding showers for a reason. 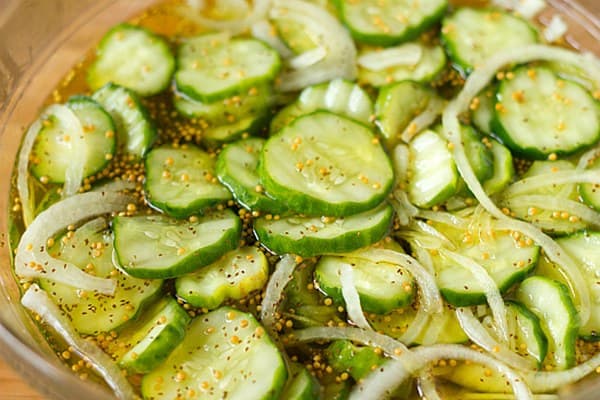 Canning your cucumbers into pickles means you can enjoy them all year long. Here’s a simple recipe to follow for canning. But if canning feels overwhelming, refrigerator pickles are even easier and just as delicious. I like this dill pickle recipe and this bread and butter pickle recipe.

If you slice the cucumbers very thinly, you can use them to roll up meat, cheese, and other ingredients and make small cucumber rolls. Think sushi without the rice!

I honestly had never considered freezing cucumbers, but it appears lots of people do it. While you probably won’t want to eat them raw after you freeze them, you can put them in smoothies, blend them into sauces, or add them to soups. 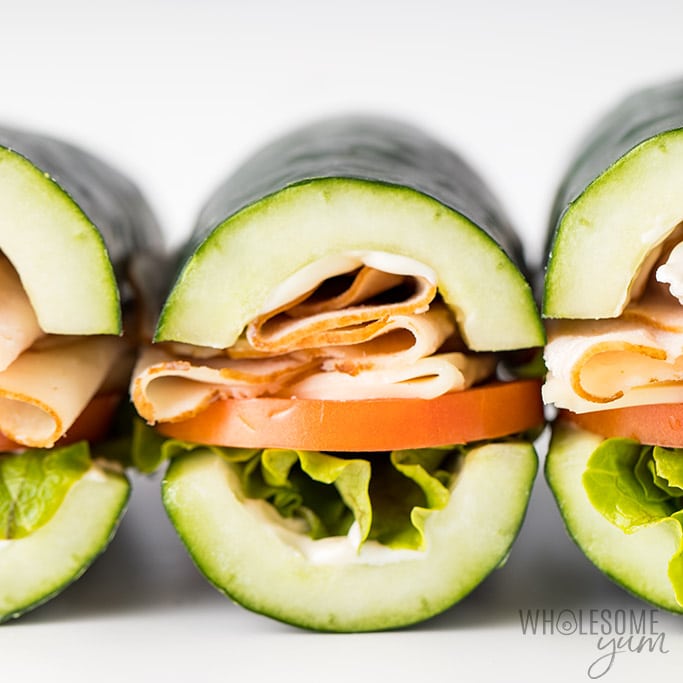 Use them to make low carb sandwiches

Cut a cucumber in half length wise, scoop out some of the inner flesh of the cucumber and add whatever you like in between. It makes for a great low-carb sandwich!

Turn them into noodles

This is a new idea for me, but I think I’m going to try it! I’ve made zucchini and squash noodles before, but never cucumber noodles. I think this would be amazing in place of any recipe that calls for cold noodles!

There are many ways to make a cucumber salad, but my favorite is to make this recipe from Budget Bytes. Another recipe I know others have enjoyed involves some Asian flavors that also sounds delicious! 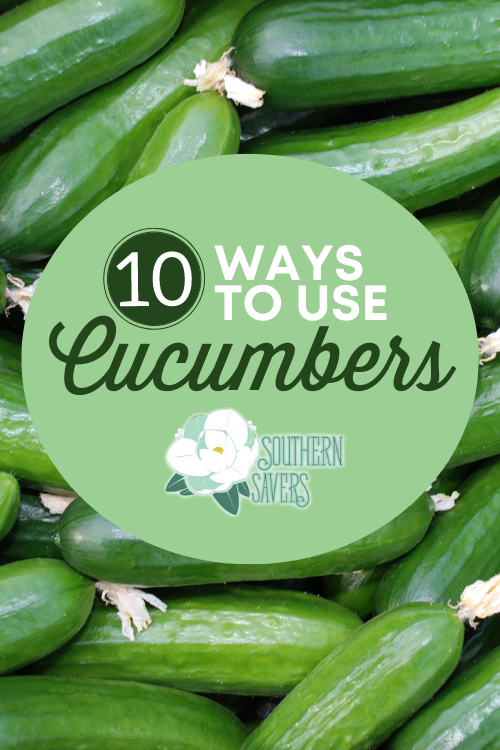