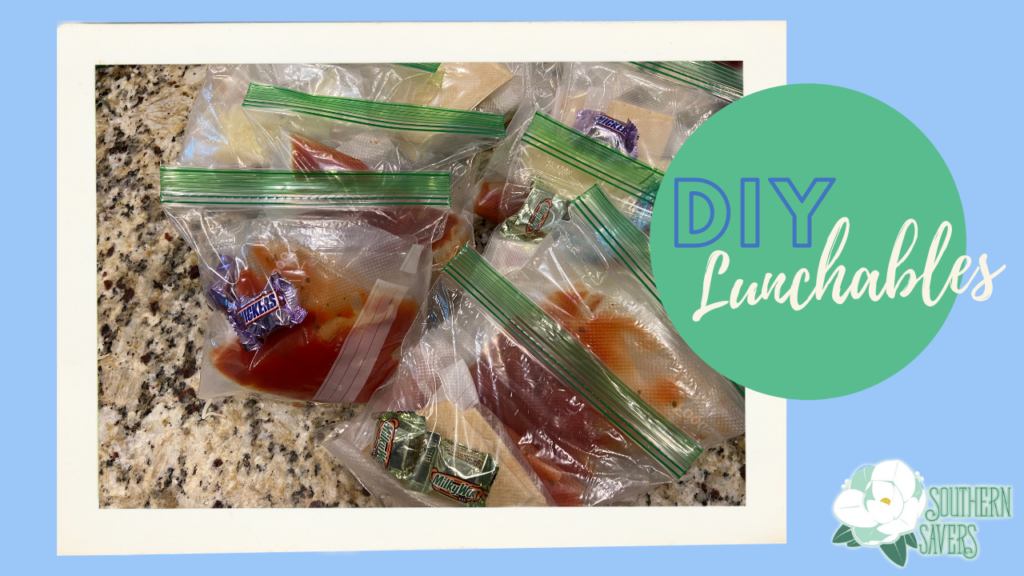 There’s something about that bright yellow Lunchables packaging that just screams out to every kid. Even though Lunchables do occasionally go on sale, what you pay for what you get is crazy! I decided to try my hand at recreating the cheese pizza Lunchable so I could compare costs. Here is my attempt at DIY Lunchables, with some ideas for making other variations!

For the cheese pizza Lunchables, I purchased everything when they were BOGO at Publix over a few different weeks. 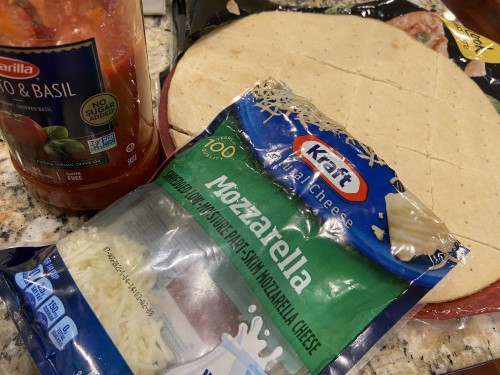 The pizza crust I bought was the “thin & crispy” version that is already pre-baked.  Meaning… absolutely no cooking is needed! 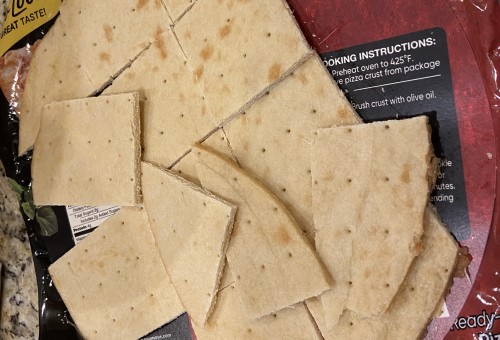 I cut the crust into pieces and included basically 1/4 of the crust in each lunchable bag.  This is actually more than the store bought version gives you. 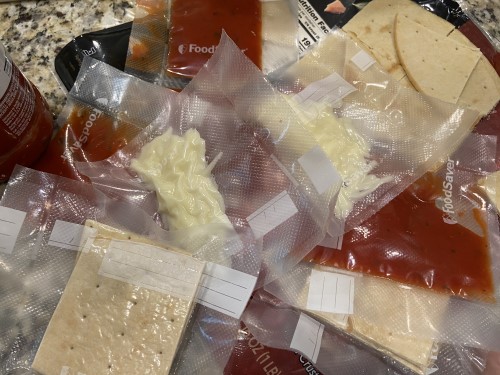 I didn’t measure things exactly, but I used about 1/4 cup of sauce in each packet and my girls said it ended up being more than they needed.  I also used about 1/8 cup of cheese per packet. I used my vacuum sealer for these so they wouldn’t leak!

Tip: Take your scissors and cut a small notch in the side to make it easy for the kids to tear open at lunch. 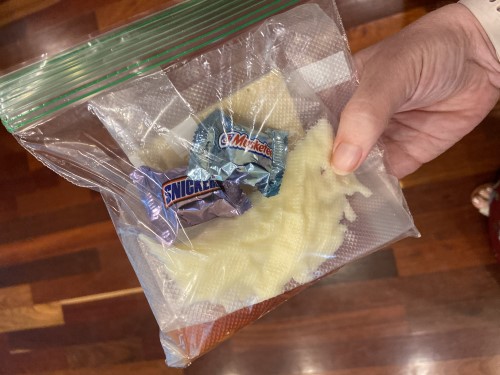 We also threw in two pieces of candy to keep the added treat that comes in a traditional Lunchable.

In total it made 8 “Lunchables” for right at 53¢ ea. The small package you can buy at the store is currently $1.48 at Walmart, meaning you’re saving about 65% making your own!

The package that comes with the juice box costs $2.38, which means you’re paying 90¢ for the juice box! You can get a package of 10 juice boxes for less than $2 when they’re on sale.

If your kids aren’t into pizza, you could make the other kinds with meat and cheese by slicing cheese squares, cutting up lunch meat, and adding crackers.  This is the most easy version to copy…

Any other ideas for DIY Lunchables? Let us know in the comments!