Home > Entertainment > 100 Books for Kids to Read This Summer (plus FREE printables!) 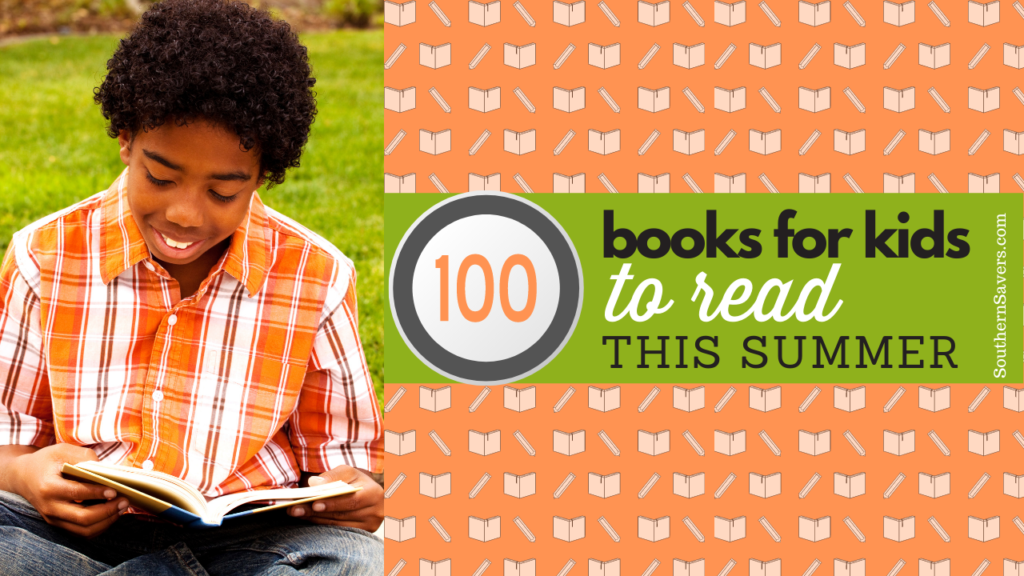 Summer is coming, and even though it’s a time to have less structure and more downtime, you may want to make sure your kids’ brains are still working to some degree!

You don’t need to have them do workbooks all summer long, but what about encouraging reading? Reading builds vocabulary, attention span, and problem solving without actually seeming like work—especially if the book is a good fit for them.

I’ve compiled a list of 100 books for kids to read this summer, but this list also doubles as a potential list of read alouds if you have younger kids. You can get almost all of them on Amazon for $10 or less, but make sure to check out your library or even your own bookshelf to see if you already own them! (See how to save money by using the library!)

I’ve even made a FREE printable for your kids to use to choose which books from the list they’d like to read. There are usually 10-11 weeks in the summer between when school starts and ends, so have them look through the list and choose 10 books. They can then track their progress on the printable. Kids are more likely to read books that they have a say in choosing!

Don’t forget about all the summer reading programs that offer fun rewards to kids! 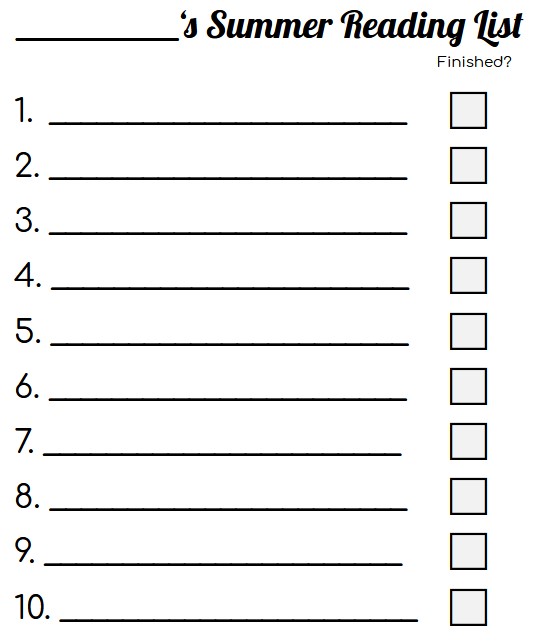 Note: Of course, make sure to check to see if that book is appropriate for your kids before they start reading!

100 Books for Kids to Read This Summer

This is a long list, so I’ve also got it as a printable PDF. You can print it and use it as a checklist, and the PDF is also linked to the books on Amazon, so if you save it to your computer, you can access it easily if you need to buy a book. I’ve noted in this post and on the PDF which books are part of a series, so if one of your kids really loves the book, see if you can get the other books in the series, too! 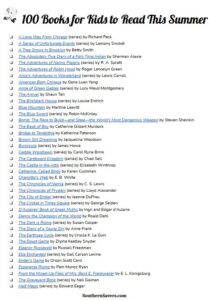 Now, on to the books!

A Long Way From Chicago (series) by Richard Peck

A Series of Unfortunate Events (series) by Lemony Snicket

A Tree Grows In Brooklyn by Betty Smith

The Adventures of Nanny Piggins (series) by R. A. Spratt

The Adventures of Robin Hood by Roger Lancelyn Green

The Arrival by Shaun Tan

Bomb: The Race to Build—and Steal—the World’s Most Dangerous Weapon by Steve Sheinkin

The Book of Boy by Catherine Gilbert Murdock

Bridge to Terabithia by Katherine Paterson

The Castle in the Attic (series) by Elizabeth Winthrop

Charlotte’s Web by E. B. White

The Chronicles of Narnia (series) by C. S. Lewis

The Chronicles of Prydain (series) by Lloyd Alexander

The City of Ember (series) by Jeanne DuPrau

The Cricket in Times Square (series) by George Selden

Danny the Champion of the World by Roald Dahl

The Dark is Rising (series) by Susan Cooper

The Diary of a Young Girl by Anne Frank

From the Mixed-Up Files of Mrs. Basil E. Frankweiler by E. L. Konigsburg

Half Magic (series) by Edward Eager

Half Upon a Time (series) by James Riley

The Hobbit by J. R. R.Tolkien

The House of the Scorpion (series) by Nancy Farmer

The House on Mango Street by Sandra Cisneros

The Hundred Dresses by Eleanor Estes

Inside Out and Back Again by Thanha Lai

The Invention of Hugo Cabret by Brian Selznick

Island of the Blue Dolphins (series) by Scott O’Dell

The Last of the Really Great Whangdoodles by Julie Edwards

The Lincolns by Candace Fleming

Little House on the Prairie (series) by Laura Ingalls Wilder

The Lost Girl by Anne Ursu

Mrs. Frisby and the Rats of NIMH (series) by Robert C. O’Brien

My Side of the Mountain (series) by Jean Craighead George

Number the Stars by Lois Lowry

Okay for Now by Gary Schmidt

The One and Only Ivan by Katherine Applegate

The Parker Inheritance by Varian Johnson

The Penderwicks by Jeanne Birdsall

The Phantom Tollbooth by Norton Juster

The Saturdays (series) by Elizabeth Enright

The Sword in the Stone (series) by T. H. White

Tales of a Fourth Grade Nothing (series) by Judy Blume

To Kill A Mockingbird by Harper Lee

Watership Down by Richard Adams

The Watsons Go To Birmingham—1963 by Christopher Paul Curtis

West of the Moon by Margi Preus

When You Reach Me by Rebecca Stead

Where the Mountain Meets the Moon by Grace Lin

Where The Red Fern Grows by Wilson Rawls

The Whipping Boy by Sid Fleischman

The Witch of Blackbird Pond by Elizabeth George Speare

The Wolves of Willoughby Chase (series) by John Aiken

Do you have plans for your kids to read this summer? Let us know in the comments what you’re hoping for them to read! 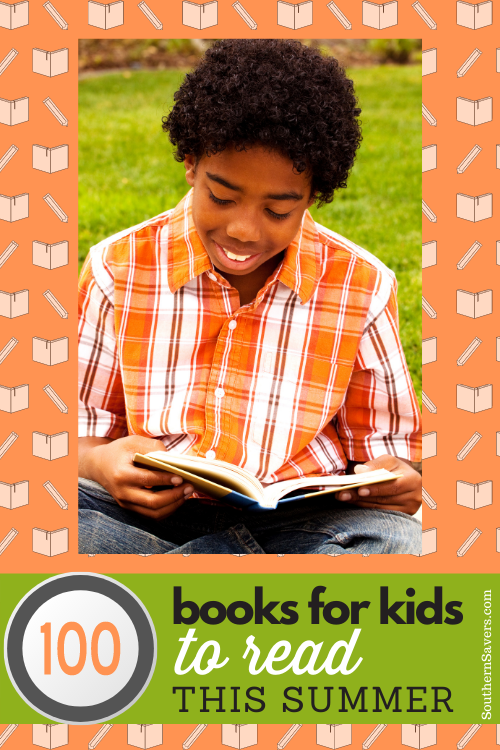