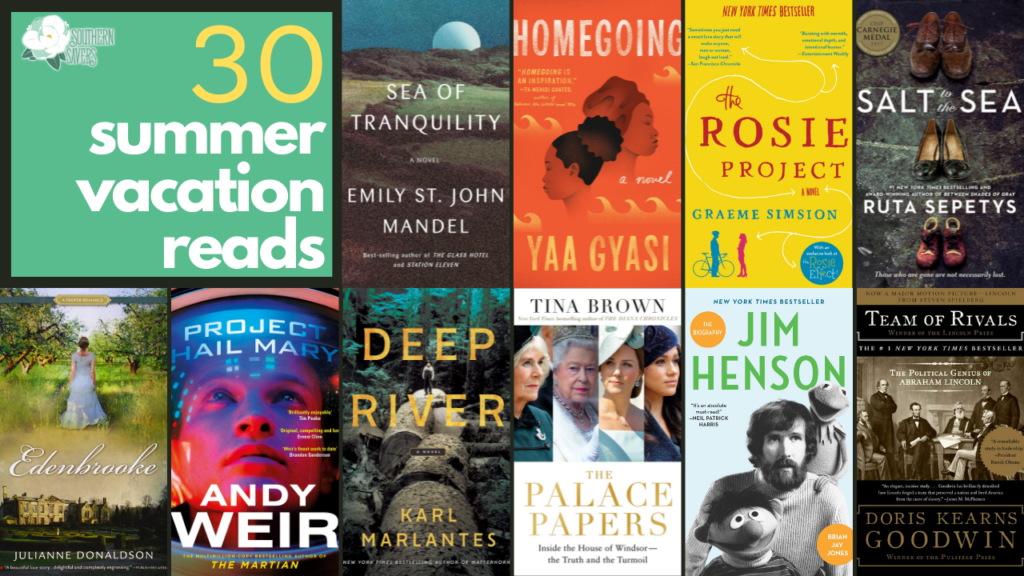 Summer is coming, and for us that means days at the beach and longer road trips. I love reading or listening to books while we’re driving or flying, and there are certain kinds of books that just feel like summer reads. For you that might mean long fiction books or interesting nonfiction; whatever your genre, I’ve got a list of 30 summer vacation reads across a variety of genres, so you’re sure to find something good!

Note: There is nothing blatantly inappropriate or offensive in any of these books, but some may include the kinds of things that would merit a PG-13 rating if they were a film. Keep that in mind based on what you’re comfortable with, and be sure to read reviews if you’re not sure!

This is a mystery book that claims to be a modern version of an Agatha Christie novel.

A small town has a lot of big secrets, as the lives of multiple families cross and the truth is found out.

This is a thriller that is so intense, but so good!

A Coin for the Ferryman by Megan Edwards | Amazon

Almost all of Erik Larson’s books are nonfiction, but they read like fiction. This one is about the sinking of the Lusitania.

This book covers the lives of a family from Finland who immigrates to America at the turn of the 20th century.

If you have ever heard of Ender’s Game and know about the “bugs,” this is the first book in a prequel series that talks about where the bugs came from.

A sweet romance novel that is appropriate even for young adults!

This book follows the stories of two sisters who both have very different beginnings in Africa, then continues following the lives of their descendants.

The Institute by Stephen King | Amazon

Stephen King writes a lot of horror novels, but this one is more just suspense, about a group of kids with special abilities.

If you ever watched Sesame Street, you’ll love this biography of its creator!

This is a long one, and while you may not think you would like to read a Western, I can’t recommend it enough. It’s perfect to read in chunks over the summer.

One of the sweetest stories of friendship I’ve ever read, this book is about a grumpy old man and how his hard heart changes.

While this is a young adult novel, it is a page turner and perfect for a summer vacation read if you like fantasy.

The Nightingale by Kristin Hannah | Amazon

Kristin Hannah excels at historical fiction, and this book set in France during World War II is amazing.

The Other Family by Wendy Corsi Straub | Amazon

A newer book, this is a mystery/thriller about a family that moves into a house and finds something unexpected.

If you are a fan of following the British royal family, you’ll enjoy this nonfiction book about them.

This is a fun fiction book set in a bookstore in Paris after World War I.

If you like science fiction, you’ve got to read this one! It is about a man who finds himself lost in space and a surprising friend he finds there.

A beautiful story about two boys and their friendship in the face of trauma.

If you know anything about the culture of the 1980s, this whole book will be an adventure.

This series is kind of like the Hunger Games for a more adult audience. Set in space in the future, society is divided into different “colors” based on class, but one young man is ready for that to change.

This is an amazingly sweet fiction story that is I guess technically a romance, but also a comedy at the same time.

Salt to the Sea by Rita Sepetys | Amazon

Another historical fiction book about a little known event that occurred during World War II.

This author has written two other books that were received very well, and this is her newest book set in the future.

There are over 15 books in this series, and this is the first one set in a little town in Canada where strange things to happen.

If you love history, you’ll love anything by this author. This book about Lincoln and the men in his cabinet is one of my favorites.

While this may not seem like a summertime read, it’s such a page turner that I’d recommend it all year. It’s a beautiful story of redemption and grace.

An incredible true story of resilience during World War II.

The Woman They Could Not Silence by Kate Moore | Amazon

This is another one of those nonfiction books that read likes fiction. It’s about a woman whose husband unfairly sent her to an insane asylum and how she escaped.

Do you have any summer vacation reads you’re excited about? Let us know in the comments! 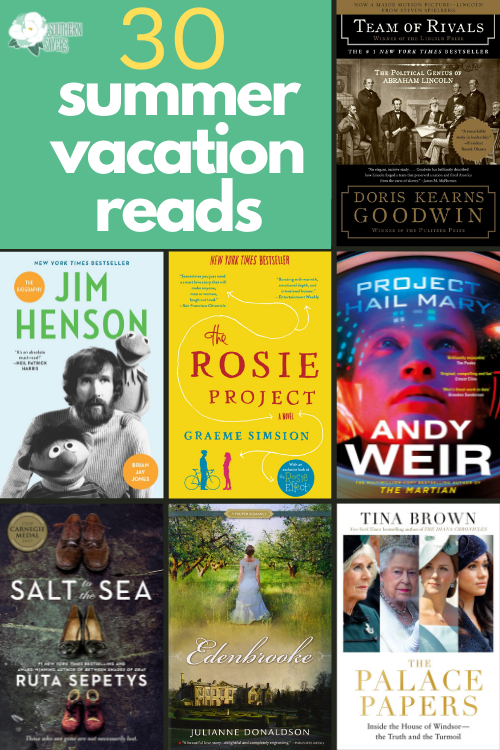