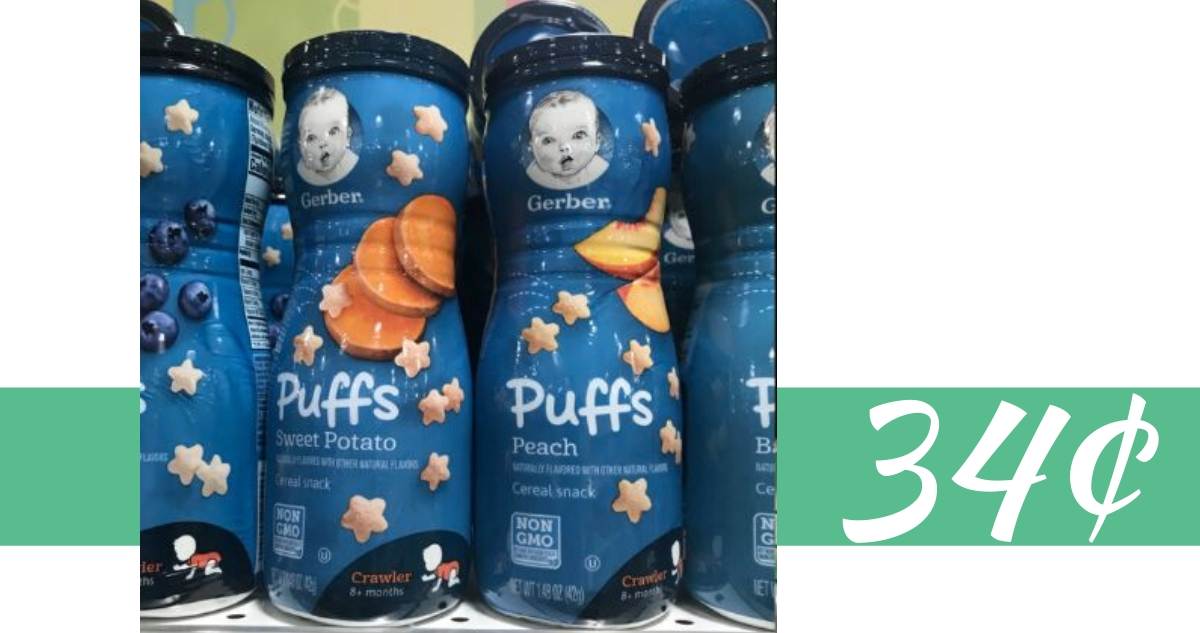 Here’s a fun deal for your little ones! Combine new Publix digital coupons and a store coupon to get Gerber Puffs and Gerber Baby Food for 34¢ each!

Tip: Please go load the digital coupons now!  They won’t be there by the end of the week.

This sale starts today in most areas or on Thursday in Florida.

END_OF_DOCUMENT_TOKEN_TO_BE_REPLACED 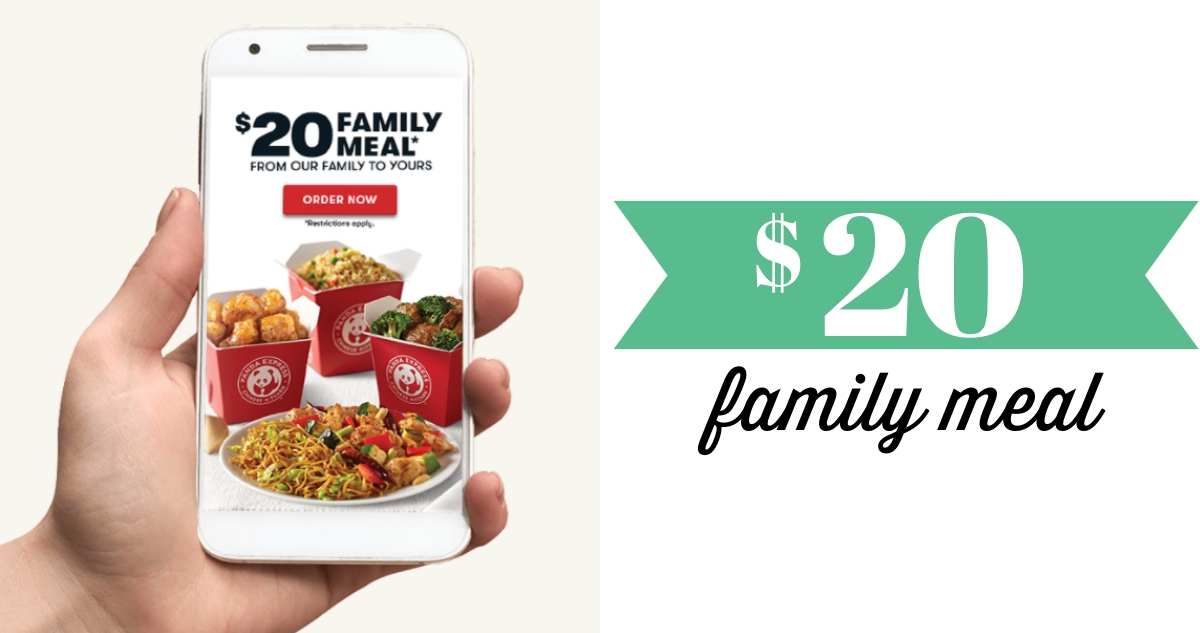 Calling all Panda Express lovers! Right now you can get a Family Feast Meal for just $20. The Family Meal includes 2 large sides and 3 large entrees.

Note: Available sides & entrees may vary based on your location. Additional charge applies for premium entrees.

If you don’t add premium entrees, this gives you a savings of about $10 per Family Meal and feeds a family of 4 quite easily! 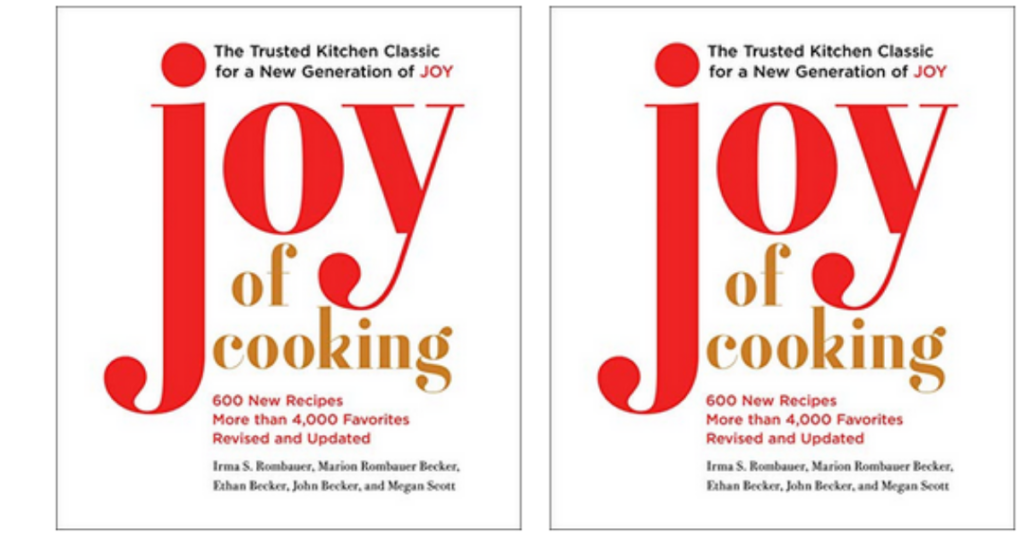 This cookbook is a revised and updated edition of the original 1931 cookbook by Irma S. Rombauer and has been updated by her granddaughter!

There’s a new $1 off Quaker Chewy Granola Bars Coupon you can print out and combine with a Publix sale to bring the price down to just 45¢ a box!

Note: At this price stores will probably sell out and they are not issuing rain checks so shop earlier in the week if you can.

This deal starts today in most areas or starts Thursday in Florida.

END_OF_DOCUMENT_TOKEN_TO_BE_REPLACED 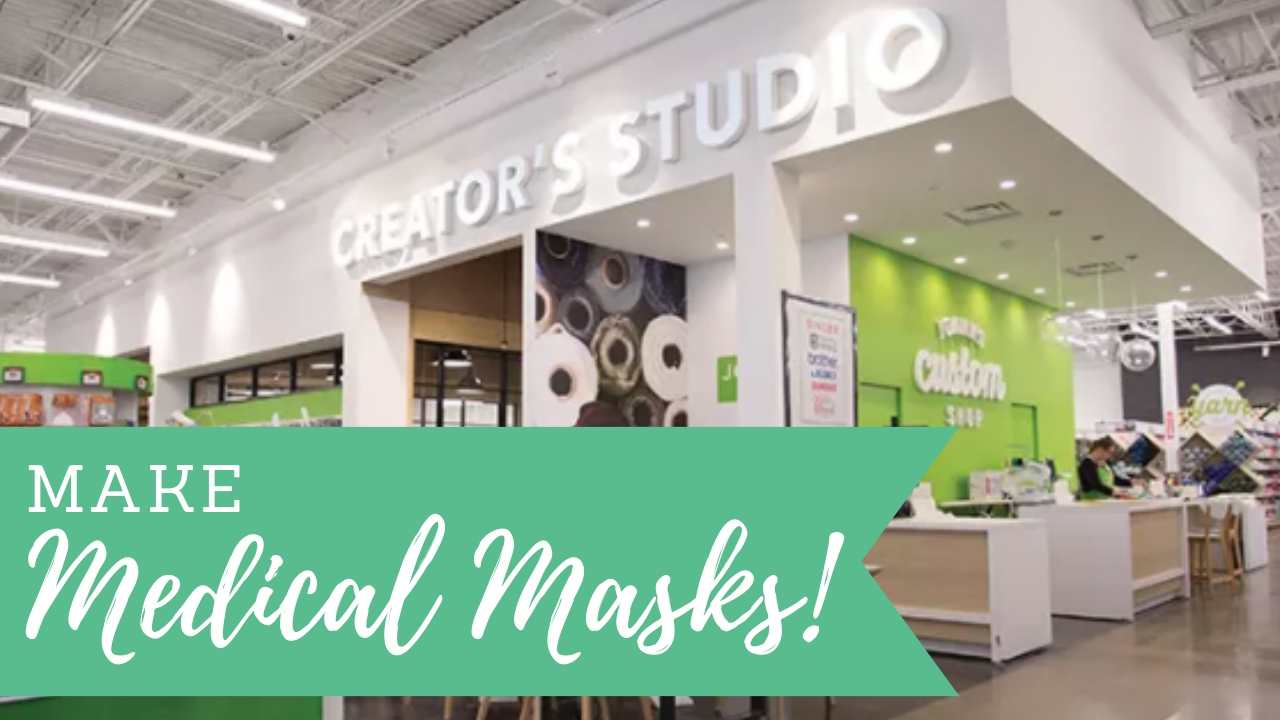 Can you sew or have you always wanted to learn? You can help healthcare workers on the front line of coronavirus!

Participating JOANN Stores are opening up their Creators Studios (while adhering to social distancing guidelines, of course) to allow customers to make face masks, covers, gowns and other items to donate to America’s hospitals! Even better, JOANN is donating 100% of the supplies to make the projects in the studio!

Don’t want to head into the store? You can order online and have the materials shipped to your house or you can do curbside pickup. Head to the JOANN website to check out tutorials! You can get 30% off your purchase when you choose “in-store pickup” and use the coupon code CRAFTSALE.

Note: If you want to use the Creators Studios, you may want to call ahead to see if there’s a spot. They have limited classroom occupancy due to the CDC social distancing guidelines. Also, the staff will provide continuous sanitization to the space, supplies, materials and the rest of the store.

A big THANK YOU to everyone who mentioned this in Monday night’s Q&A! 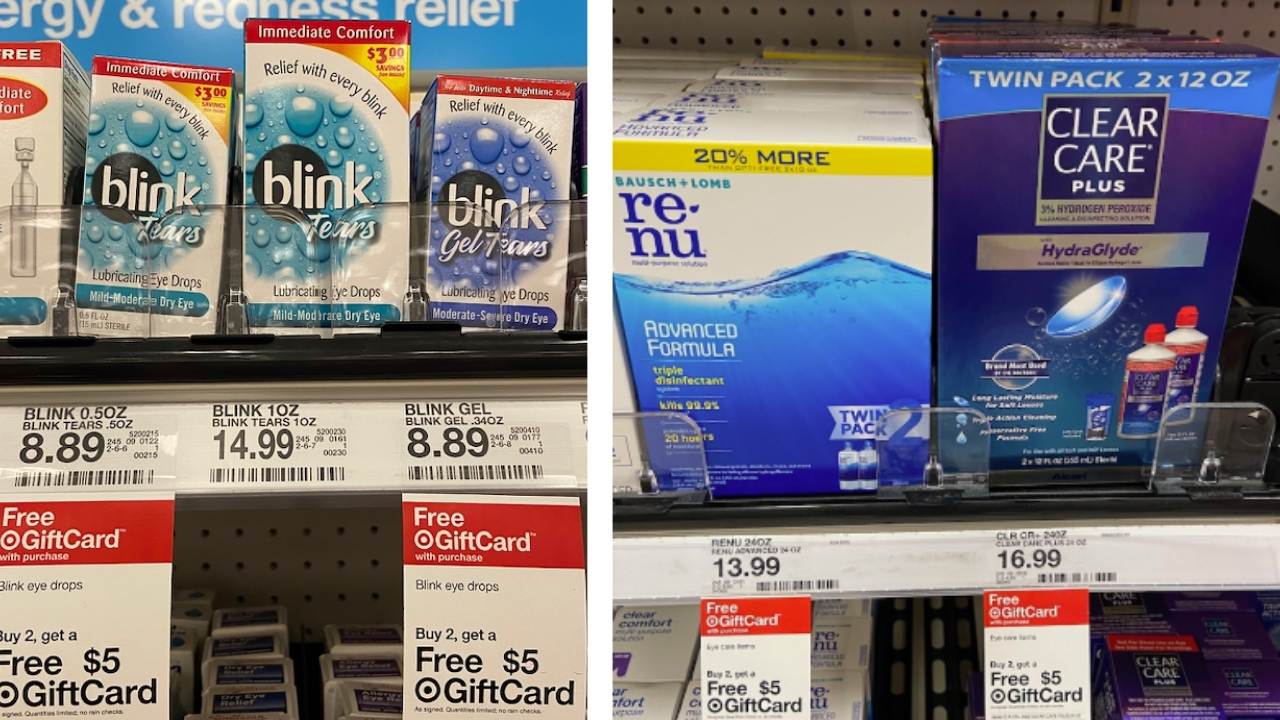 If you need contact solution or eye drops you want to head to Target this week! They are running a gift card deal that includes a number of top contact solution brands and eye drops, plus many of these have high value coupons.

I was on my last bottle of clear care solution so this got me in the store this week. To get twin packs for less than the regular price of one bottle makes me happy!

You can shop online and get the gift card back.

Note: All the deals end this Saturday (and many of the coupons expire then too).

END_OF_DOCUMENT_TOKEN_TO_BE_REPLACED 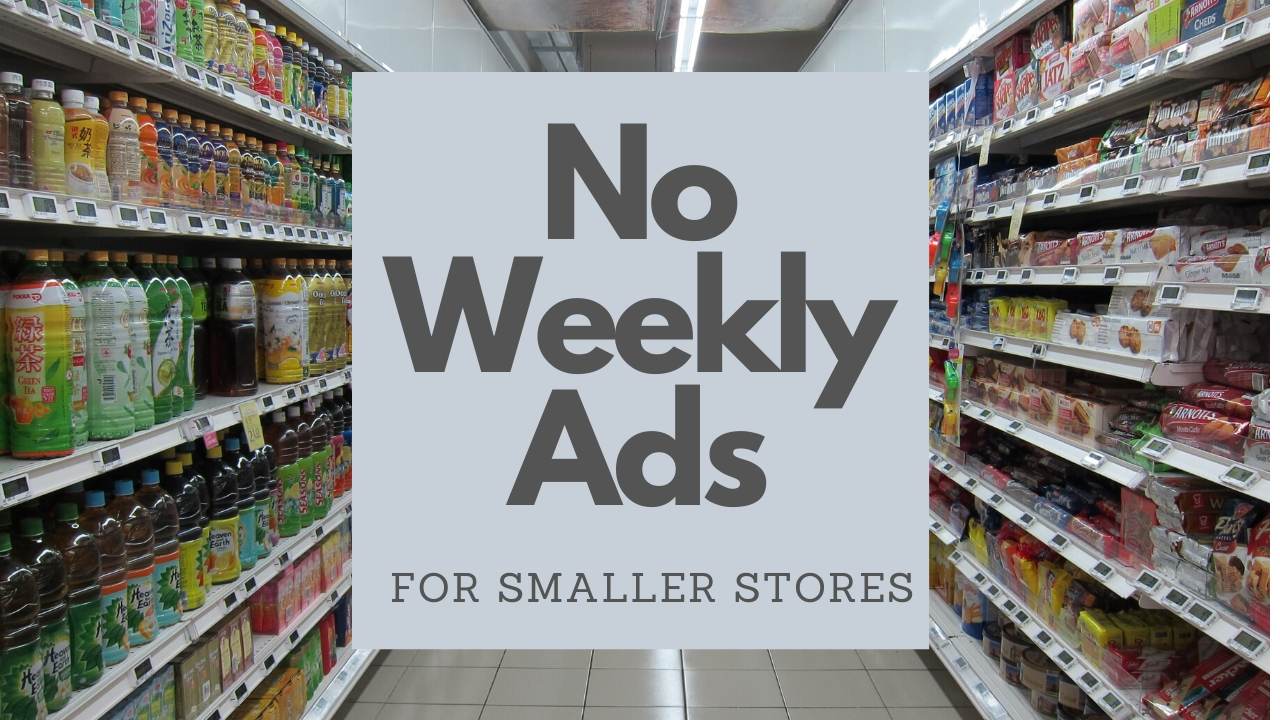 If you regularly use the deal lists for smaller grocery stores on Southern Savers, you’ll notice that there are not new ads for a few stores today.  Food City and Sprouts are a couple that we know of so far that haven’t released new ads, Ingles released only a one page ad.

Before you start to panic (or continue for some) here are a few possible reasons:

Will we see larger stores drop their ads?

In talking with a few different contacts at some of the bigger chains I don’t think that is likely.  They have sales lined up multiple cycles in advance, and many of those are paid for by brands.  Stores lose money if they choose to not run and advertise those sales.

Note: Publix has paused the green and purple flyers for now to help with supply and because brands didn’t want to appear that they were encouraging you to shop.  I expect we see those brought back in 2-3 weeks.  It helped that the most recent flyers all mentioned NCAA promotions around basketball and were going to appear very outdated.

I don’t want to speculate much, but I will say there is a possibility some brands may ask to pull farther out promotions if the lockdown continues.  For their own advertising budget, to help with keeping supply, or because their factories have been affected.  It’s impossible for anyone to know exactly.

What I Do Know

END_OF_DOCUMENT_TOKEN_TO_BE_REPLACED 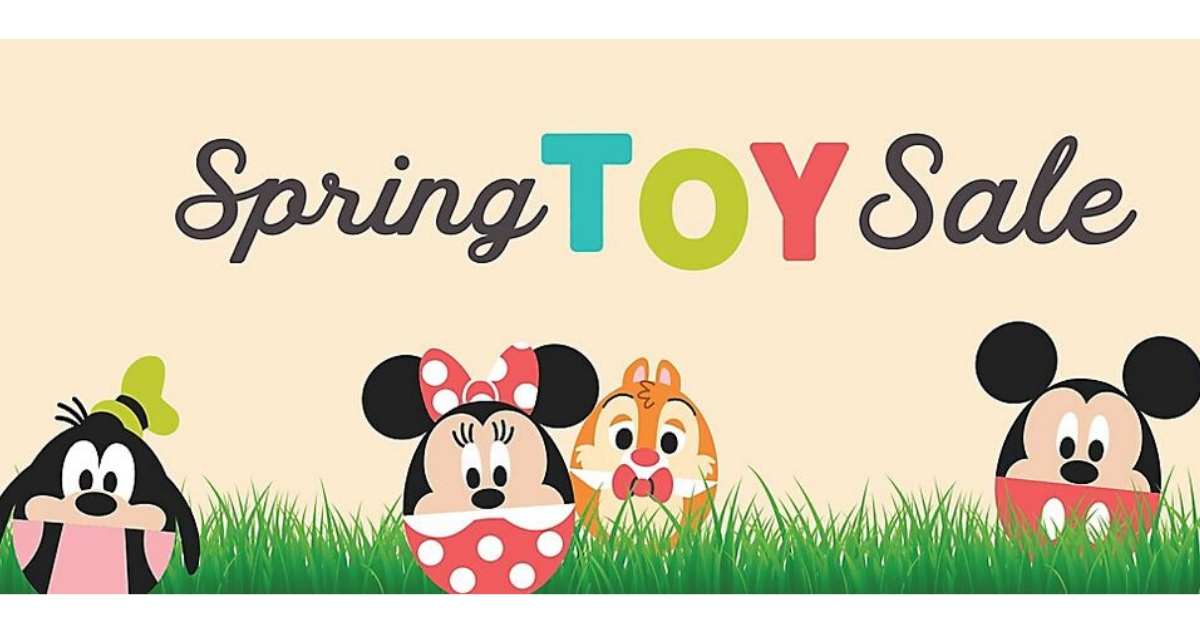 Get some good deals on toys with this Spring Toy Sale from shopDisney! They’ve got cute Mickey & Minnie bunny plushes on sale for $10 and more. 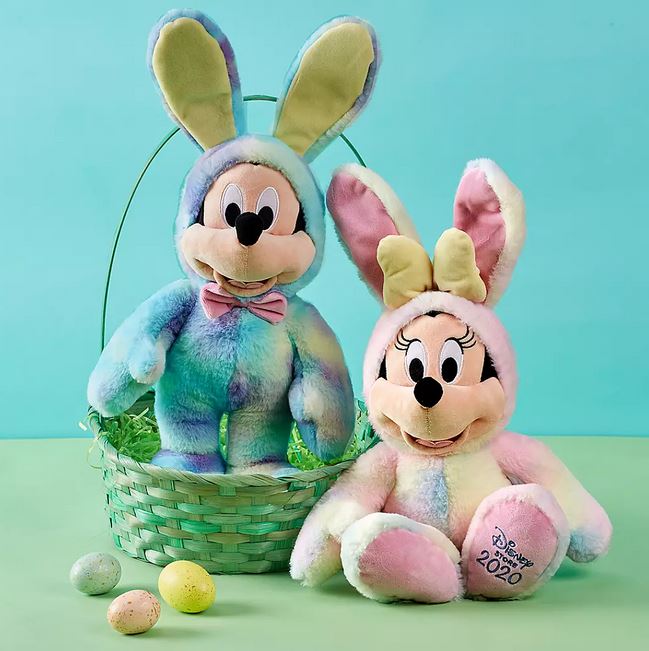 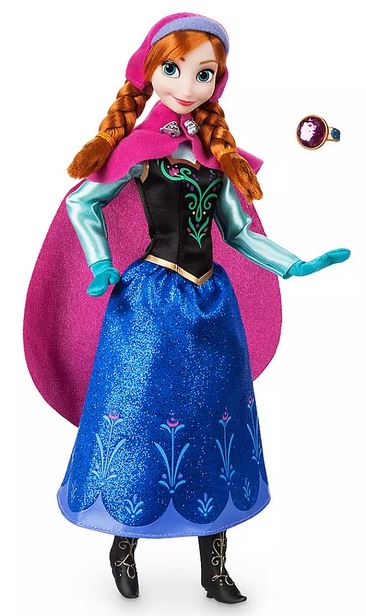 This sale is valid for a limited time only. Shipping is FREE with orders of $75 or more when you use code SHIPMAGIC at checkout. 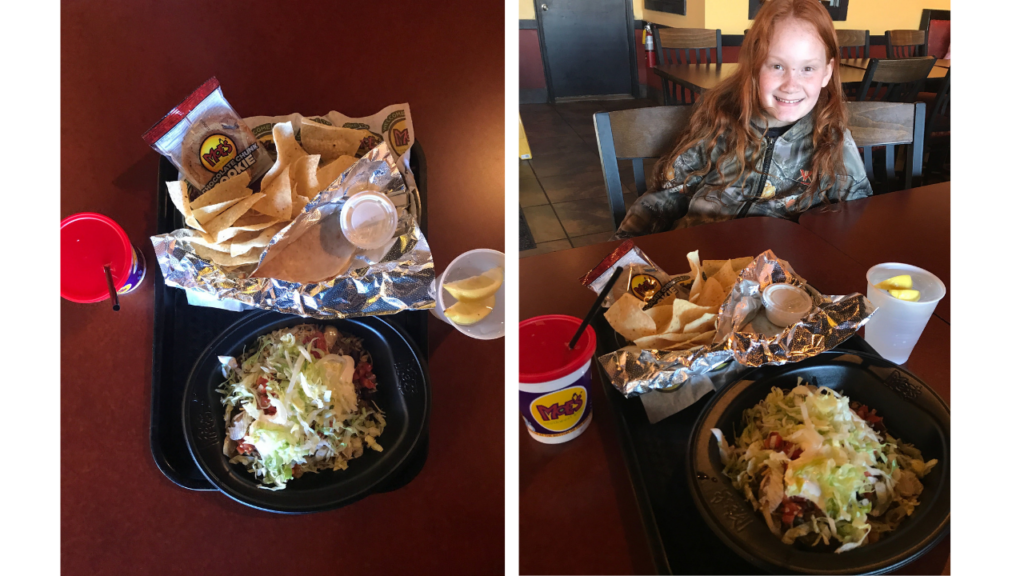 Moe’s Southwest Grill is offering a free kids entree when you purchase an adult meal.

Even better, get free delivery with orders of $10 or more. There is no coupon code needed as the discounts will automatically be applied at checkout! You can order online or through the app.


« Back to Most Recent